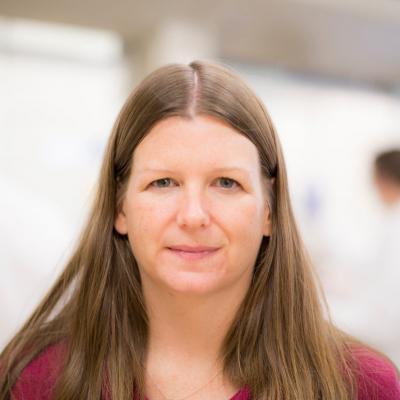 The findings generated over the following three years demon­strated more than enough promise for her to receive continued funding. Yet, despite the quality of her research and potential impact of the work on a variety of disease states, there were no guarantees when she began working on the follow-up grant submission in 2015.

Consider that between 2005-2014, the overall budget for the National Institutes of Health decreased by nearly 20% after adjusting for inflation. The competition for NIH research dollars is more intense than perhaps at any time in the Institute’s history, meaning there are excellent investigators working on some of our most pressing health threats who are unable to obtain federal funding.

At times like this, it pays to be Beyond Practice Ready.

Dr. Glass’ most recent submission was bolstered by six peer-reviewed publications based on her research from the original grant, an above-average number of journal articles for this type of grant, which is categorized by NIH as an R15.

She has also worked to cultivate a network of collaborators at institutions that include the University of Vermont (where she earned her Ph.D.), the University of Texas MD Anderson Cancer Center, and England’s Newcastle University. “Science today really has to be a team effort because the reality is that no lab can do everything,” says Dr. Glass. “You can make a more complete story by working together.”

Her accumulated credentials, combined with the encouraging results of her initial research findings, gave Dr. Glass reason to be optimistic about being awarded a second grant. But in the current funding environment, nothing can be taken for granted.

So when Dr. Glass received approval from NIH on a three-year grant totaling $384,000 it was an impressive accomplishment. But it was made even more noteworthy when she learned that her submission had earned a score of 10. Ten is the highest score one can receive for an NIH grant submission, an achievement that ranks Dr. Glass in the top 1% of all grant applications that NIH scores.

The score speaks volumes for the quality of Dr. Glass’ research, but it also reflects the importance of the work she is doing. The focus of her efforts centers on bromodomains which are small protein modules contained within larger protein structures. Scientists have identified approximately 60 human bromodomains and organized them into eight families.

Bromodomains play a critical role in the body by influencing the expression of genes in our cells. These interactions drive a range of biological processes, including in some cases, the onset or advancement of disease.

Scientists have long understood the influence and importance of bromodomains, but until recently, they were largely thought to be inaccessible as drug targets. In 2010, however, two separate labs demonstrated that small molecules could be developed to inhibit the actions of bromodomains. These findings have fueled great interest in bromodomains as potential new drug targets for preventing or reducing the risk of disease.

Each of the 60 bromodomains has been identified and mapped, but researchers still do not know a lot about their biological function. Dr. Glass’ first grant focused on a single bromodomain in Family IV named BRPF1.

“While bromodomains offer great promise as potential drug tar­gets, it is difficult to move forward with the development of new drugs until we better understand the biological function of each bromodomain,” said Dr. Glass. “Once, however, we are able to better document how bromodomains work, our ability to develop next generation drugs targeting cancer and other diseases will improve significantly.”

The research success of Dr. Glass is also good news for ACPHS students, several of whom assist her in the lab. “Pharmacy students have a great background for research as a result of coursework in disciplines such as math, physics, and chemistry,” she says. “I’m impressed by how quickly they hit the ground running once they begin working in the lab.”

This ability to draw upon their education, adapt to new situa­tions, and contribute to a team will no doubt serve these gradu­ates well throughout their careers – just as it has for Dr. Glass.