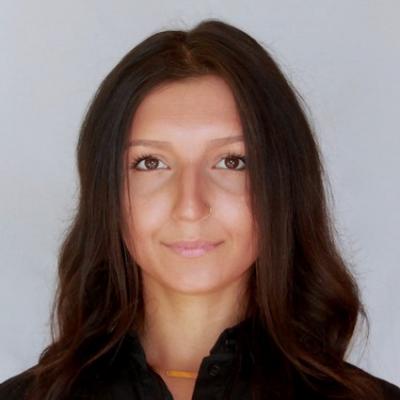 Born in Ukraine shortly after the collapse of the Soviet Union, Victoria Ostrovskiy could hardly have envisioned the life that lie ahead.

When she was five years old, her family immigrated to the U.S., eventually settling in Clifton Park, NY. Like many high school seniors, she was undecided on her career path; unlike many seniors, her choices were between art school and pharmacy school.

"I ultimately decided that there would always be opportunities to pursue painting and drawing, but if I wanted to become a pharmacist, this was the time to do it," she says, and she enrolled at ACPHS.

After five years of classes and labs, she was finally ready to put her knowledge to the test on her rotations. Similar to an internship, a rotation experience is often a student’s first in-depth exposure to the professional world.

Pharmacy rotations can be daunting, especially a student’s first one. So when Victoria’s preceptor (the pharmacist mentoring her) asked for assistance with a grant application, she knew it was important to make a good first impression. There was only one small problem. She had never done anything like this before!

The preceptor further raised the bar when she explained that she had given the same assignment to a group of students from another pharmacy school and was disappointed with what they had produced.

“If ACPHS teaches us anything, it’s how to be resourceful,” Victoria says. She scoured the web for information on grant writing and also reached out to a former ACPHS professor for some direction. She soon completed a draft of the application and submitted it to the preceptor.

A few days passed before Victoria asked the preceptor if she had been able to review the application. She said to Victoria’s surprise, “Yes. I already submitted it!”

Four weeks later they received word that the grant would be funded for $4,500! The money allowed five pharmacists at Curahealth Hospital in Boston to attend a Healthcare Quality and Safety Conference hosted at Harvard University.

Following her 2018 graduation, Victoria accepted a position as a Chemistry, Manufacturing, and Controls (CMC) Regulatory Sciences Specialist with biotechnology company Regeneron. She is based out of the company's Rensselaer, NY, location where she helps author regulatory submissions for the U.S. Food and Drug Administration (FDA), European Medicines Agency (EMA), and other similar organizations.