Home About Board of Trustees 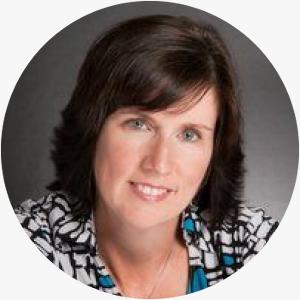 Marion Morton, R.Ph., M.B.A., has more than 25 years of experience in the pharmaceutical industry in marketing, sales, managed care, and customer relations. Her positions have included Global Category Head of Obesity Care at Nestlé Health Sciences, Vice President of Cardiovascular Marketing at Boehringer-Ingelheim, and Vice President of the Transplant Business Franchise for Novartis. She also worked in the Worldwide Medicines Group for Bristol-Myers Squibb. 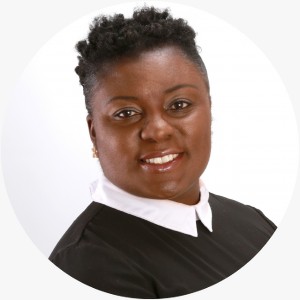 Dr. Ashuntantang is a Critical Care Medical Science Liaison working with BioMerieux Inc. Prior to BioMerieux, Dr. Ashuntantang worked as a credentialed pharmacy provider with San Carlos Apache healthcare where she assumed many roles. At San Carlos, Dr. Ashuntantang started and ran the Opioid stewardship program, Pharmacist run Hepatitis C clinic, renal pharmacy program, the MTM program as well as co-hosted a radio show which focuses on various health issues facing the community for 2 years. Dr. Ashuntantang also worked with the Medication Therapy Management department for Walmart Central Patient Care Services (WPCPS) for about 4 years. Prior to WPCPS, she worked for Rite Aid Pharmacy for over 6 years as a community pharmacist/ MTM specialist. As a public health pharmacist, she realized the need for health education as a major tool for disease prevention and management.

Walt has 26 years’ experience in starting, growing and managing a global business as retired Founder and CEO of Fortitech Inc. Fortitech was a global producer of human nutritional products used in the Food, Pharmaceutical and Life Sciences Industries. The company had 4 business unit covering the world and 8 plants and distribution center -USA, Denmark, Poland, Malaysia, Brazil, China and Mexico. The company was sold in 2012 to the DSM, the multibillion-dollar Dutch based global leader in the Life Science Industries. Walt is Trustee/Secretary of the National Museum of Thoroughbred Racing and Hall Fame. He is a graduate of SUNY at Plattsburgh in microbiology and in 2021 was awarded Doctor of Humane Letters by the Albany College of Pharmacy and Health Sciences. 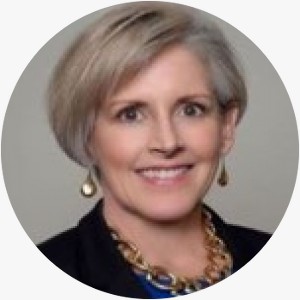 Leigh Briscoe-Dwyer, R.Ph., Pharm.D., BCPS, serves on the Board of Directors for the American Society of Health System Pharmacists® (ASHP). She has also served as a New York delegate to the House of Delegates, Chair of the Committee on Nominations, and was a member of the Council on Public Policy, the Practitioner Recognition Committee, and the Advocacy & PAC Advisory Committee and is a past President of the New York State Council of Health-system Pharmacists. 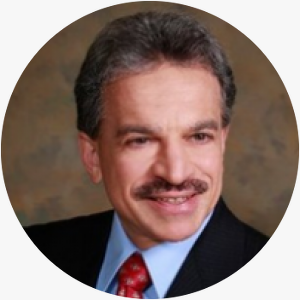 Paul DerOhannesian II, J.D., is a civil and criminal litigation attorney at the firm DerOhannesian and DerOhannesian in Albany, NY. Prior to joining the firm, Mr. DerOhannesian was an assistant district attorney with the Albany County District Attorney's Office and for 22 years headed the D.A.'s Special Assault Unit. He is the author of a definitive two-volume text, Sexual Assault Trials, Fourth Edition. 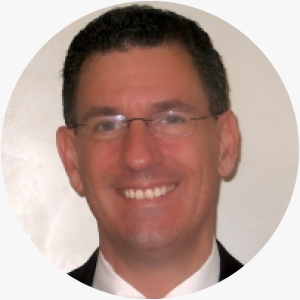 Christopher Di Lascia, Pharm.D., is the President, CEO, and co-founder of Transition Patient Services (TPS). He was previously employed with Aventis Pharmaceuticals where he held the position of Global Marketing Director for Lovenox. He began his pharmaceutical industry career as a Hospital Sales Representative with Eli Lilly and Company before leaving to join Schering-Plough as a Managed Care and Government Affairs Manager. 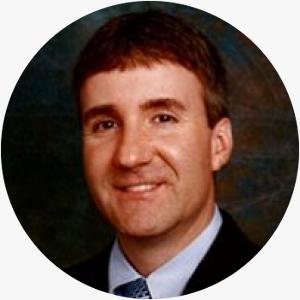 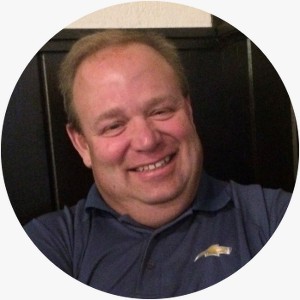 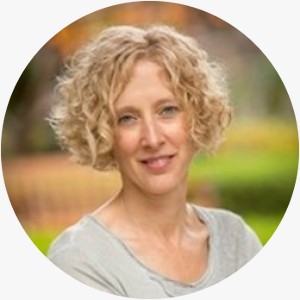 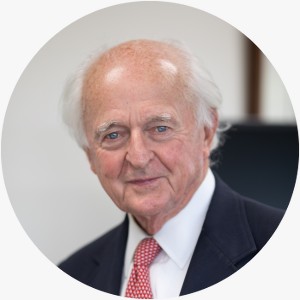 Hugh A. Johnson serves as the Chairman & Chief Economist of Hugh Johnson Economics after serving as Chairman and Chief Economist for Graypoint LLC for 2 years. After receiving his undergraduate degree at Dartmouth College, Hugh served as an officer in the United States Navy, and earned a master’s degree from Southern Methodist University.  He serves as an advisor to the Chairman of the New York State Assembly Committee on Ways and Means.  In addition, Hugh is an Adjunct Professor at Clarkson University after serving in the same capacity at Union Graduate College and Rensselaer Polytechnic Institute and holds Board positions with Security Mutual Life and Pursuit (formerly New York Business Development Corporation). He was awarded a degree of Honorary Doctor of Humane Letters from Albany College of Pharmacy and Health Sciences in 2009. 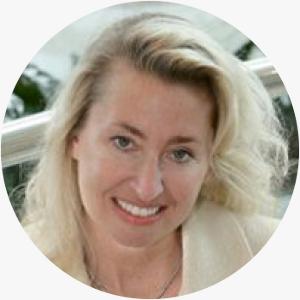 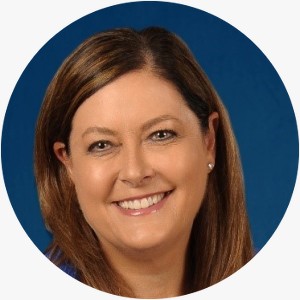 Ruth H. Mahoney is Executive Vice President and President of Wealth Management for NBT Bancorp Inc. She has more than 30 years of industry experience, including wealth management, private banking, retail banking and regional leadership. She serves as Co-Chair of the Regional Economic Development Council, as Chair for the Capital Region Chamber of Commerce, and as a Board Member for Albany Medical Center and the New York State Teachers’ Retirement System. 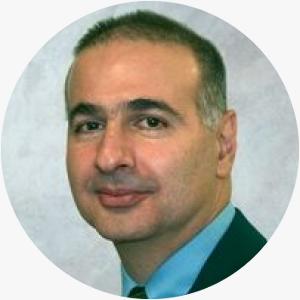 James Notaro, R.Ph., Ph.D., is the Founder and Chief Clinical Officer of Clinical Support Services (CSS), Inc., a Buffalo-based provider of medication management solutions. Prior to founding CSS in 1999, he held executive positions with Univera Health Care and was Director of Managed Care Programs/Research & Development with Centrus, an Albany-based prescription benefit management company. 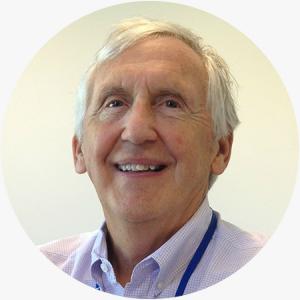 Wallace Pickworth, Ph.D., is a pharmacologist with extensive preclinical and clinical experience. He was with NIH for nearly 30 years from a post-doc position to a tenured staff scientist at the National Institute on Drug Abuse. For the past ten years, Dr. Pickworth has directed clinical research on tobacco and nicotine for Battelle as a Research Leader. He holds licenses to practice pharmacy in two states and serves as an adjunct faculty at two colleges of pharmacy. 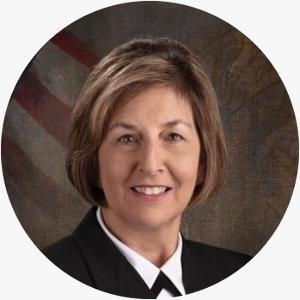 Pamela Schweitzer, Pharm.D., retired Rear Admiral (RADM), has more than 25 years of pharmacy, healthcare and health policy experience. RADM Schweitzer retired in 2018 following a four-year term as the Assistant Surgeon General and 10th Chief Pharmacist Officer of the United States Public Health Service (PHS). As Chief Pharmacist Officer (and the first female in this role), she was responsible for providing leadership and coordination of PHS pharmacy programs and professional affairs for the Office of the Surgeon General and the Department of Health & Human Services. She also serves on the Board of Directors of the National Council for Prescription Drug Program Foundation. 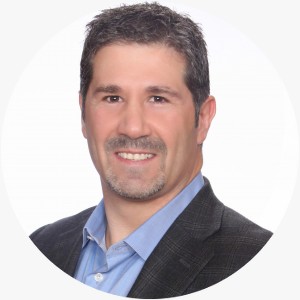 Gregory Sciarra, R.PH, MBA is an executive healthcare and pharmaceutical operations leader.  He is a regional vice president at Oak Street Health, a network of primary care centers for patients on Medicare and adults over 65.  Gregory has vast experience with national retail, healthcare, and finance organizations driving operational and financial improvements focused on generating revenue and building corporate infrastructures and establishing operating controls. 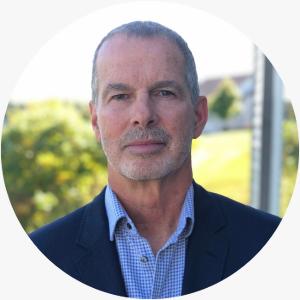 Bill Shields is the retired CEO and current member of the Board of Directors at Advanced Infusion Solutions (AIS), the leading provider of advanced sterile, patient-specific intrathecal pump medications and in-home intravenous infusion including immune globulin therapies.  He has a wide range of experience in leadership roles in the healthcare industry.  Prior to joining AIS, he served as the President at MTS Medication Technologies, CEO at Artromick International, EVP at Amerisource, Bergen and President of PharMerica. 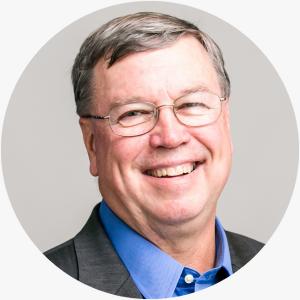 David Stack is Chairman and CEO of Pacira Pharmaceuticals, Inc., a specialty pharmaceutical company focused on non-opioid medication products for pain management. Mr. Stack has shepherded several therapeutics through clinical development and FDA approval, including the successful commercial launch of the pain control product EXPAREL. In addition to his role with Pacira, Mr. Stack is also a Managing Director at MPM Capital, a venture capital firm focused on life sciences companies.

Marc Watrous, R.Ph., Ph.D., has more than 30 years of leadership experience in the biopharmaceutical industry having held roles that span product development through commercialization.  He currently serves as a strategic advisor to life sciences companies in the areas of drug pricing, distribution, patient services and transformational commercial go-to-market strategies.  He spent nearly 23 years at Genentech.  Prior to his retirement, he served as Senior Vice President for Managed Care and Customer Operations. 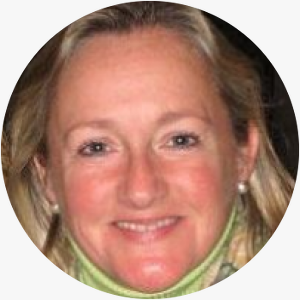 As the Principal and Founder of Williamson Biopharma Consulting, Pamela Williamson, RAC, FRAPS, MBA, is an independent consultant for the bio-pharmaceutical industry with more than 30 years of global leadership experience. Ms. Williamson has a strong track record in the successful development and registration of products to treat patients with serious and life-threatening rare diseases. She most recently served as SVP of Global Regulatory Affairs & Patient Safety at Alexion Pharmaceuticals. 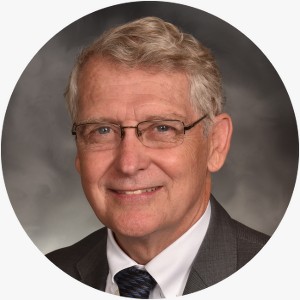 T. Gregory Dewey, Ph.D., was the ninth president of Albany College of Pharmacy and Health Sciences (ACPHS) between 2014 and 2022. During his tenure, Dr. Dewey introduced several strategic initiatives to distinguish the school and provide enriching learning opportunities for students. These initiatives include establishing the Stack Family Center for Biopharmaceutical Education and Training, The Collaboratory, and two student-operated pharmacies. These experiential learning sites provide ACPHS students opportunities to get hands-on experience providing pharmacy and public health services to medically underserved areas.

Prior to joining ACPHS, Dr. Dewey served for five years as Provost at the University of La Verne in California and served as Senior Vice President for Academic Affairs and the Finnigan Chair at the Keck Graduate Institute (KGI) of Applied Life Science in Claremont, CA. Dr. Dewey began his academic career in 1982 at the University of Denver where he spent 18 years, including five years as Chair of the Department of Chemistry and Biochemistry. 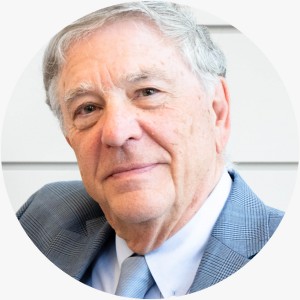 James J. Gozzo, Ph.D., was the seventh President of Albany College of Pharmacy. He assumed the position of President and Dean in July 1998, separating the two positions in October 1999. When he was named president, the College had just one building, one academic program, and an enrollment of less than 600 students.

During his tenure at ACPHS, he led the way in academic expansion adding six bachelor’s programs and five graduate programs, expanding the diversity of the campus and the range of faculty expertise. He increased the College’s investment in research, creating new funding opportunities, expanding lab space, and establishing the Pharmaceutical Research Institute. During this time, the College acquired or constructed seven buildings, including the student center that now bears his name.

Dr. Gozzo joined the faculty of Northeastern in 1972 after completing three years of post-doctoral work at Harvard Medical School. In 1976, he assumed the directorship of the graduate program in Medical Laboratory Science. In 1980, Dr. Gozzo was awarded the Eleanor W. Black Professorship. During this time he established an active research program on the immunobiology of organ transplantation and the early diagnosis of bladder cancer securing over $5 million in research grants and publishing over 200 papers. Dr. Gozzo was also Dean of the Bouvé College of Pharmacy and Health Sciences of Northeastern University in Boston.