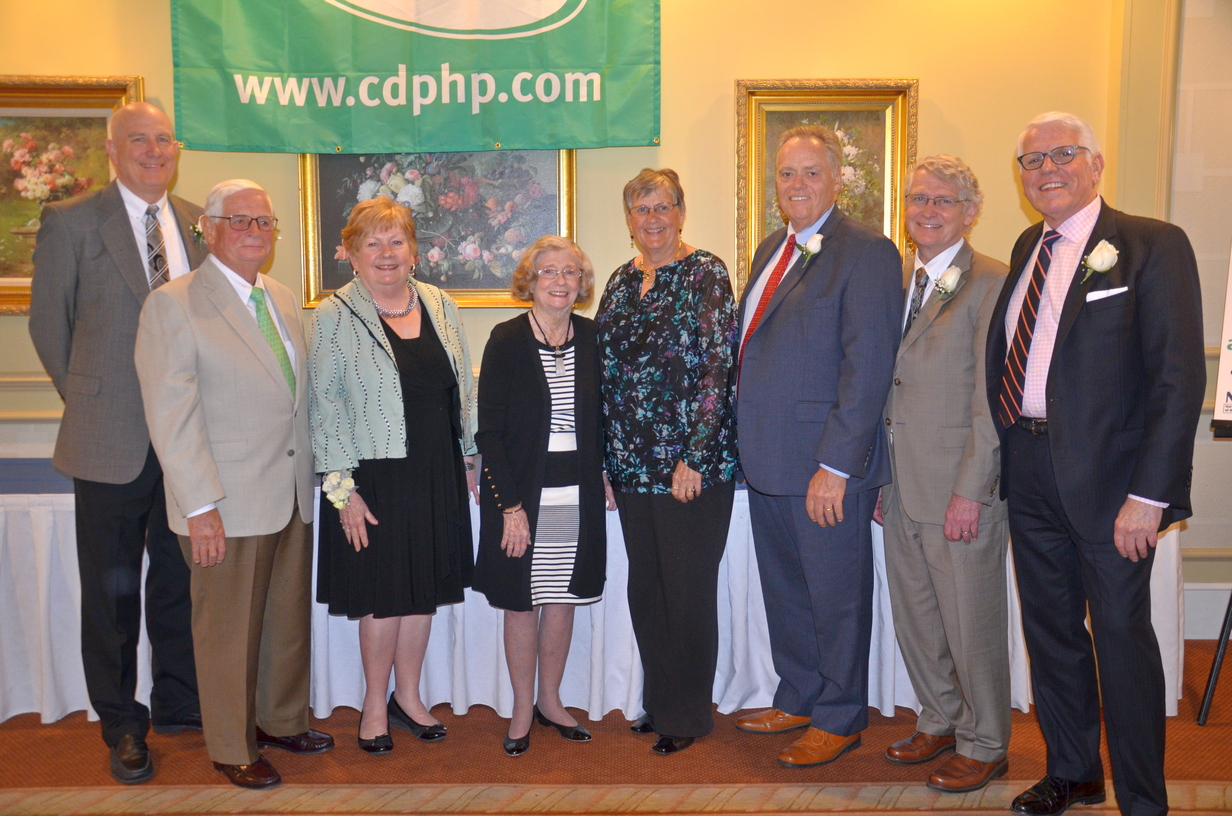 ACPHS President Greg Dewey was honored by Senior Services of Albany at the organization’s 22nd annual Third Age Achievement Awards ceremony held on May 18; he was recognized in the category of Education.

Dr. Dewey (second from right in the above photo) was one of eight individuals to be honored at the sold-out event which took place at Wolferts Roost Country Club.

The Third Age Achievement Awards are designed to pay tribute to members of the Capital Region who have made significant contributions to our communities in their “third age.” The award highlights the activities, achievements, and creativity of individuals over the age of 60.

Each of the honorees was selected for this award because of their work in helping enrich our communities and provide leadership.

Benita Zahn, reporter and anchor at WNYT-TV, served as the event's master of ceremonies. The other community leaders honored were:

Senior Services of Albany was founded in 1952 to serve the needs of the elderly and their caregivers in the greater Albany area. Since then, the agency has focused its mission on enhancing quality of life and fostering independence for seniors in the Capital Region.