Take a break with Nathan Rogers ‘11 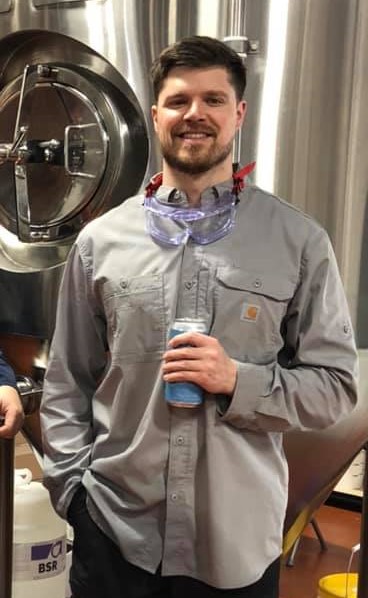 While many folks have used the past year to slow down, Nate Rogers has been going full steam ahead. In the last six months, he bought a house and is launching a new business in a matter of weeks.

We initially talked with Nathan this fall when he was enlisted by a fellow ACPHS graduate to brew a special beer to celebrate her wedding. Like many things with Nathan, the story about the beer was just the tip of the iceberg. While the beer didn’t turn out as planned, he sees it—like so many things, as a learning experience.

As a self-taught home brewer, he sees clear parallels between his training as a pharmacist and his experimentation with beer brewing. As he says “Part of science is that sometimes the experiment goes wrong, and science helps us understand why and how those mistakes happen.”

As Nathan makes the transition from home brewing to commercial brewing, he’s learning about batch processing, and the margin for error with large scale production. It’s been a challenge, but one he’s embracing.

Throughout the pandemic, he has continued his work as a pharmacist for Walmart. Caring for patients is part of how he serves his community. He values his role as a pharmacist, but is excited to be behind a different kind of counter soon.

As Nathan prepares to open his brewpub, Active Ingredient, later this Spring in Malta, NY (just south of Saratoga Springs), we are excited to taste what he and his business partner and fellow ACPHS alum, Brian Fox ’12 concoct. Nathan and Brian join a group of ACPHS alumni who have made the switch from dispensing medication to distilling or brewing beers and spirits. After all, sometimes a good drink with friends is exactly the cure for what ails you.