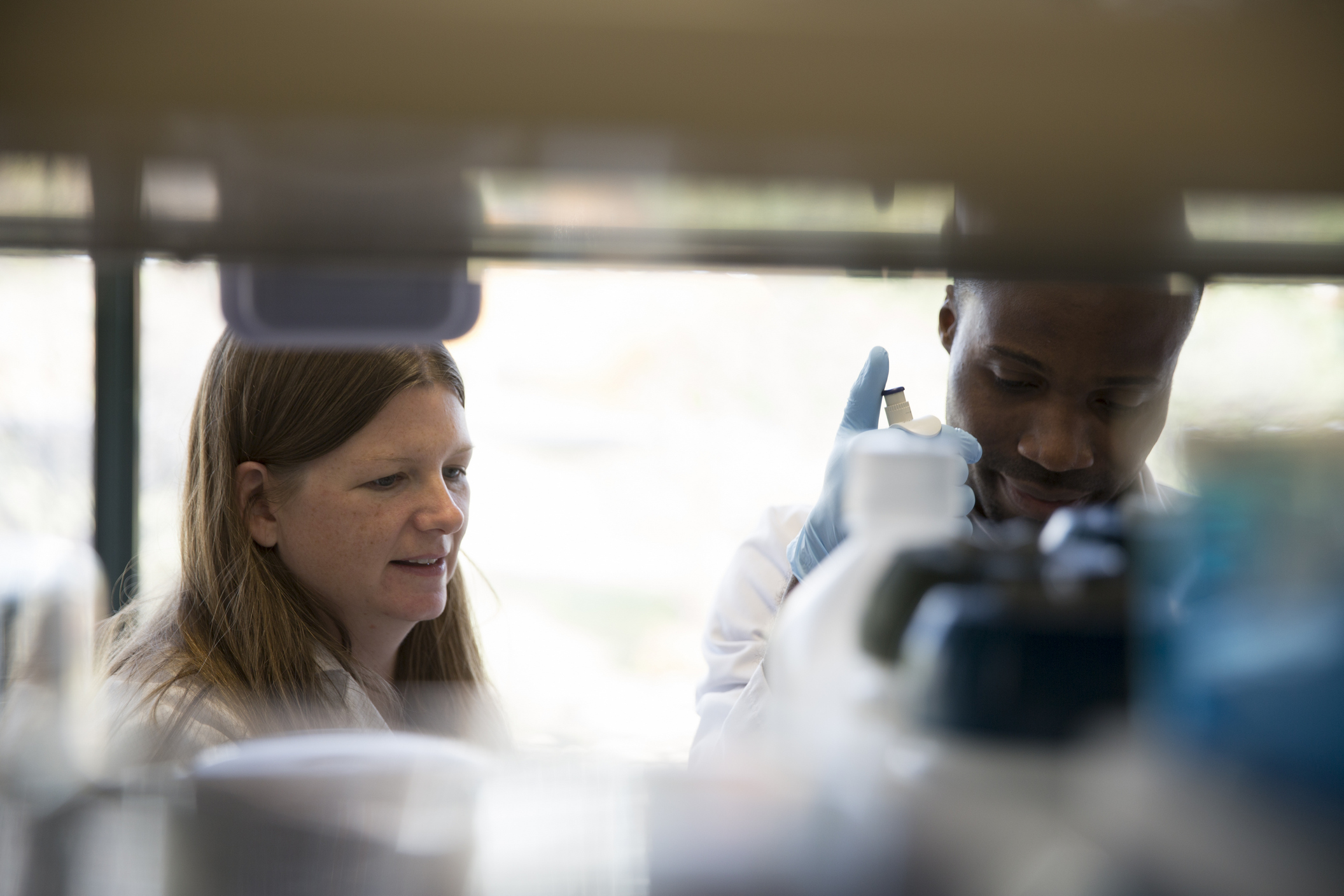 Colchester, VT – March 21, 2016 – Karen Glass, Ph.D., Assistant Professor in the Department of Pharmaceutical Sciences at Albany College of Pharmacy and Health Sciences’ Vermont Campus, has been awarded a three-year research grant from the National Institutes of Health (NIH) totaling $384,000.

Through the grant, Dr. Glass will continue research that seeks to identify new drug targets for heart disease, breast cancer, prostate cancer, and other disease states.

The grant, which began on February 1, 2016, is a renewal of an NIH funded grant that Dr. Glass received in 2013. Her submission for this latest grant received a score of “10” which is the highest possible score one can achieve, ranking it in the 1st percentile among all grants that NIH scores.

Bromodomains play a critical role in the body by influencing the expression of genes in our cells. These interactions drive a range of biological processes, including in some cases, the onset or advancement of disease.

Recent findings have fueled great interest in bromodomains as potential new drug targets for preventing or reducing the risk of disease.

Scientists have long understood the influence and importance of bromodomains, but until recently, they were largely thought to be inaccessible as drug targets. In 2010, however, two separate labs demonstrated that small molecules could be developed to inhibit the actions of bromodomains. These findings have fueled great interest in bromodomains as potential new drug targets for preventing or reducing the risk of disease.

Each of the 60 bromodomains has been identified and mapped, but researchers still do not know a lot about their biological function. Dr. Glass’ first grant focused on a single bromodomain in Family IV named BRPF1.

Using atomic resolution detail, Dr. Glass’ lab was able to characterize the function of the BRPF1 bromodomain, thereby gaining greater insight into the role it may play in regulating gene expression. Dr. Glass published six articles stemming from her work in the first grant in peer reviewed journals, including FEBS (Federation of European Biochemical Societies)Letters and the Journal of Molecular Biology.

Building from the research in her first grant, Dr. Glass will expand her scope to study all seven bromodomains in Family IV. The focus of these efforts will be to determine whether there is a consistent method for how the bromodomains function across Family IV.

"Once we are able to better document how bromodomains work, our ability to develop next generation drugs targeting cancer and other diseases will improve significantly." - Dr. Glass

“While bromodomains offer great promise as potential drug targets, it is difficult to move forward with the development of new drugs until we better understand the biological function of each bromodomain,” said Dr. Glass. “Once, however, we are able to better document how bromodomains work, our ability to develop next generation drugs targeting cancer and other diseases will improve significantly.”

About Albany College of Pharmacy and Health Sciences
Founded in 1881, Albany College of Pharmacy and Health Sciences is a private, independent institution with a long tradition of academic and research excellence. The College is committed to educating the next generation of leaders in the health care professions and translating scientific discoveries into therapies that benefit humankind. In addition to its doctor of pharmacy program, ACPHS offers six bachelor’s programs and five graduate programs in the health sciences. The College has campuses in Albany, New York and Colchester, Vermont.