Home About ACPHS In the News Historic Win for Women Panthers 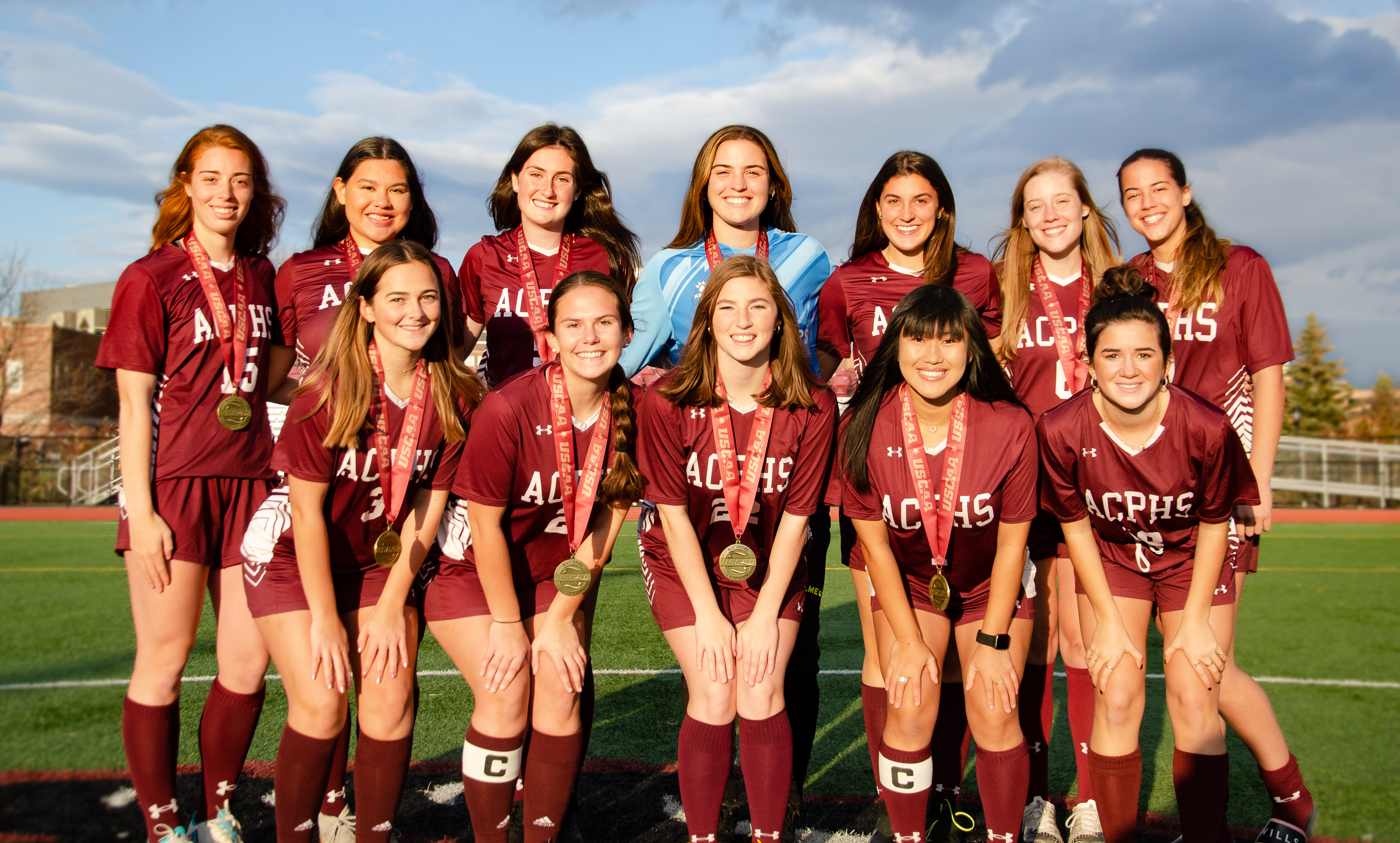 Three weeks ago, the seniors on the women’s soccer team had resigned themselves to the fact that they had played their last collegiate game.

It was not the final game or season any of them had hoped to finish their soccer careers on, especially on the heels of an undefeated season last year. The Panther women started strong this season, then plateaued and struggled some, the team’s three co-captains said.  Despite their hard work – practicing six days a week at 6 a.m. – it appeared to be over.

Then the unexpected happened.  An upset in a conference game in Pennsylvania created an opening for the Panthers to compete in nationals.  ACPHS became the sixth seed in a six-team national tournament – considered least likely to win.  But the way the three co-captains tell it, entry to nationals was a second chance they refused to squander.  They intended to take home the championship medals.

The rest, as they say, is history – quite literally. The Panther women’s soccer team took nationals for the first time in the decade since ACPHS has been part of the USCAA.

“This was really huge for our school,” said co-captain Sadie Lozier.

To get a feel what this was like for the 17-member team, rewind to the Yankee Small College Conference tournament on the weekend before Halloween. The Panthers lost in the semifinals in a sudden-death penalty-kick shootout. They had tied 1-1, then played two overtime sessions of 10 minutes each. After the first round of penalty kicks, they remained tied, 4-4. Then, in the second round, they lost 1-0.

“We lost the conference,” said co-captain Faith Peckham, speaking on a videoconference call with Lozier and the team’s third co-captain, Mayle Lupia-Eannace. “All three of us here are seniors, so we cried. We're like, we're done with soccer, our (athletic) careers are over.”

It wasn’t actually a done deal, Coach Jonathan Woodrow said. But it was true the odds of moving forward were not in the women Panthers’ favor. They were so sure the season was over that they stopped practicing, the co-captains said.

“We ran the statistics and the numbers, and we really didn’t expect to make the call,” Woodrow said.

The deciding factor was a conference game between two Penn State schools. The expectation was that Penn State Schuylkill would take that game and advance to nationals. When they unexpectedly lost, it opened the door for the Panthers, who found out on Nov. 3 they would play in nationals a little more than a week later.

Needless to say, the team got back on the pitch. The opportunity meant a lot, first off, because they could keep playing.  Second, they would play their first game at nationals against Paul Smith’s College.  Paul Smith’s is a big rival for all Panther athletic teams, but perhaps none more this year than the women’s soccer team.

To understand that, rewind again, to a year ago, Fall 2021.  The women Panthers, including its three current co-captains, were undefeated heading into nationals. As the top-seeded team, they felt the pressure, Peckham said.  Still, they were confident in their ability to win.

Paul Smith’s knocked them out in the first round.

Back to Fall 2022. When the opportunity came to compete at nationals and they found out their first game in that tournament would be against second-seeded Paul Smith’s, the team’s veterans saw it as their chance to turn the tables. If they won that first game, they told themselves, nothing would hold them back.

There was some obvious poignancy in that first game for the three senior co-captains, who had already started to grieve the loss of collegiate team play – and then had a chance to get back in, in a big way.

There was also some drama in that game.

The Panthers fell behind early and were down 2-0 at halftime. According to Lozier, Woodrow got them into the right frame of mind by asking what they wanted to hear from the other team after the game ended in 45 more minutes: whoops of celebration or silence?

“That put things into perspective,” Lozier said. “Holy smokes, we only have 45 minutes left potentially of my soccer career. I was like, ‘heck yeah, I want to hear silence.’

“We went out there and absolutely dominated.”

The team scored four times in seven minutes. Julia Roemer made the first goal 14 minutes into the second half. Then, three minutes later, Ka’ena Kehano scored her first collegiate goal to tie the game at 2-2. In another 45 seconds, on a pass by Shannon Donnelly, Roemer made her second goal, then followed it with a hat trick three minutes later. Defensively, Mykala Brodzinski had four saves in net to help secure the win.

That first game established a pattern for the rest of the tournament, Lupia-Eannace said.

“Every single game, we got scored on first, and we were losing, and somehow, our energy just brought us up,” she said. “We didn't want it to be our last game.”

When they strode onto the field at their real last game – the culmination of the national championship – the medals and trophies were laid out before them. The co-captains described this display as “mean,” seeing the medals as a taunt. But perhaps it was also motivating. Those medals were maroon – and the Panthers saw their color as a sign they were meant to have them.

They made it so.

Lozier said she wanted to take in every sensation of their moment of victory to remember forever, but she was overwhelmed.