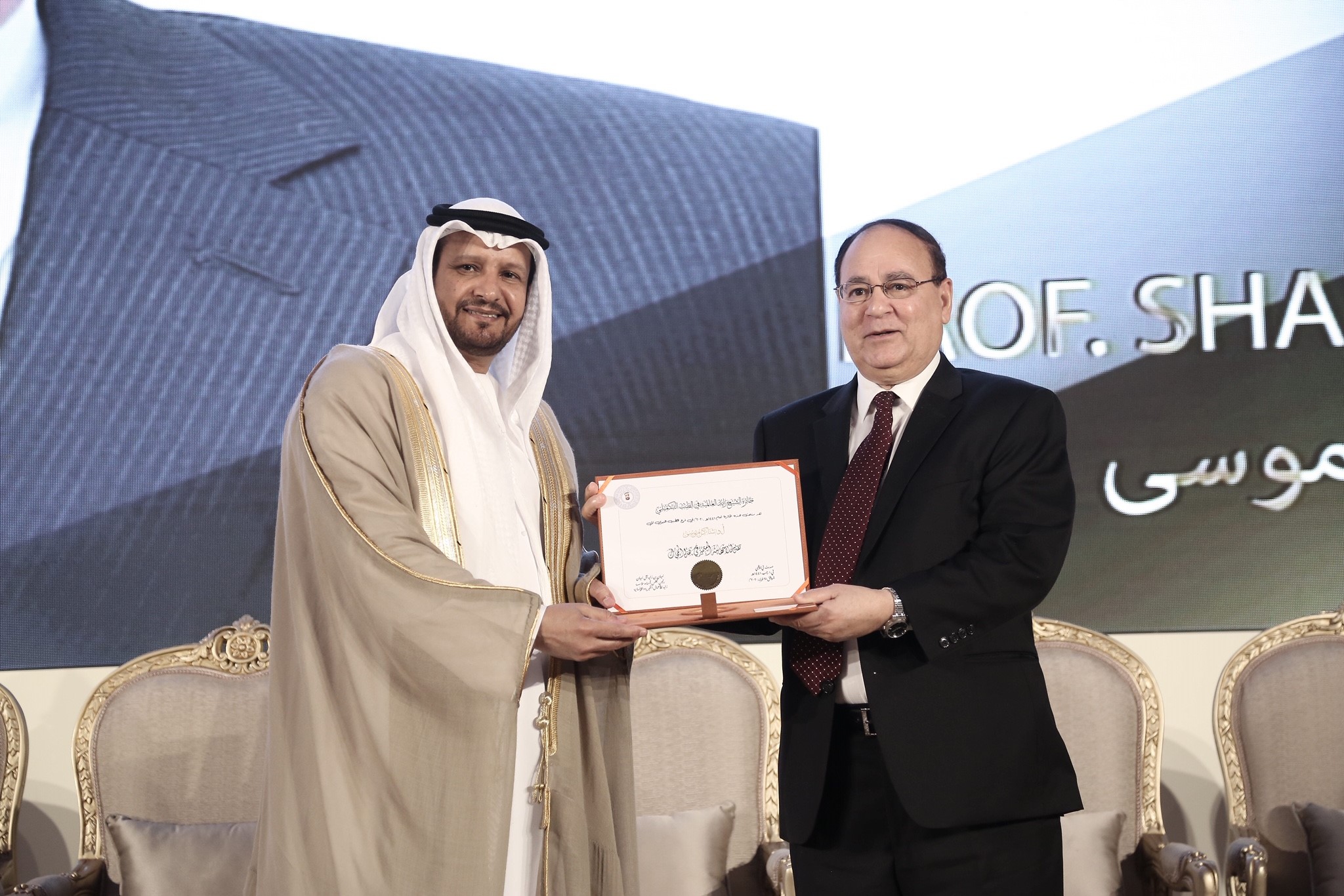 “Dr. Mousa is one of the world’s leading experts in medicine and is one of the most innovative and prolific medical scientists and inventors that I have ever had the privilege and honor of working. He has made many important contributions to the development of a number of new medicines based on solid novel scientific concepts that have helped many patients,” said Professor Soad K. Al Jaouni, MD, FRCPC, King Abdulaziz University (KAU) Medical Center.

Dr. Mousa is one of the most productive researchers in the fields of hematology/oncology and drug delivery. He is a pioneer in the field of nanotechnology, targeting strategies for existing and new pharmaceuticals, nutraceuticals, and biopharmaceuticals. Dr. Mousa is devising new ways to make important drugs that are currently available only as injectable forms to be administered as oral pills. This breakthrough innovation could make the administration of drugs safer and more convenient for many millions of patients around the world.

“My goal inspired by this prestigious award is to utilize emerging nanotechnology and biotechnology, along with the latest emerging technologies, in advancing valuable natural treasures not only in disease prevention, but also in better disease management and therapeutics,” said Dr. Mousa.

Since graduating first in his class from the College of Pharmacy at Egypt’s Alexandria University, Dr. Mousa has dedicated his career to advancing the pharmaceutical and health sciences. He holds more than 400 U.S. and international patents, and his work has been reported in an estimated 1,000 peer reviewed publications. As a Research Scientist and Fellow at DuPont Pharmaceuticals for nearly 17 years, he played a key role in the development of drugs that have been used to help tens of millions of patients.

Since being named the founding Chairman and Executive Vice President of PRI at ACPHS in 2002, Dr. Mousa has assembled a team of scientists with expertise in hematology/oncology, ophthalmology, neurology and a range of cardiovascular and inflammatory diseases. In recent years, Dr. Mousa and the PRI team have been focusing on nanotechnology applications for health and medicine. Nanomedicine is an evolving field of biomedical research that has demonstrated great potential for improving drug and gene delivery.

“We are incredibly proud of Dr. Mousa’s accomplishments and fortunate he has chosen to conduct his groundbreaking research at PRI. His passion and expertise are inspiring to his colleagues and his students,” said ACPHS President Dr. Greg Dewey.

Dr. Mousa received a Ph.D. in Pharmacology from Ohio State University, completed postdoctoral research in Cardiovascular Pharmacology at the University of Kentucky and earned his MBA from Widener University. A native of Alexandria, Egypt, he received his B.Pharm. and M.Sc. degrees from Alexandria University. He was elected a fellow of the American College of Cardiology (FACC), a fellow of the National Academy of Clinical Biochemistry (FACB), a fellow of the National Academy of Inventors (FNAI) and is a member of several national and international societies. He is a member of NIH study sections, an editor-in-chief of Biomedicines and editor on several international peer review Journals.

Founded in 1881, Albany College of Pharmacy and Health Sciences (ACPHS) is a private, independent institution with a long tradition of academic and research excellence. The college’s mission is to educate the next generation of leaders to improve the health of our society. ACPHS was named the #1 value-added college in the country by the Wall Street Journal and the Brookings Institution. The college has campuses in Albany, NY and Colchester, VT.