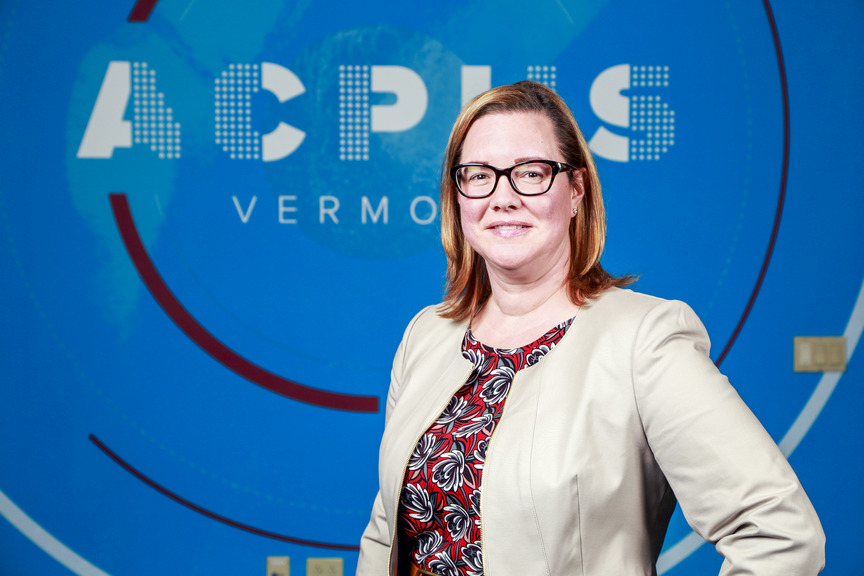 Jennifer Mathews, PhD, has been named the Associate Dean for the ACPHS Vermont Campus; the campus opened in Colchester in 2009 and remains home to the only Doctor of Pharmacy (PharmD) program in the state.

Her responsibilities will include execution of the pharmacy program; supervision of faculty; campus operations; and coordination of the development, implementation, and assessment of initiatives that support the programs on the Vermont Campus, which also include a Master’s program in Pharmaceutical Sciences.

“We are excited to welcome Jennifer to the College as Associate Dean for the Vermont Campus. Her educational background combined with experiences as both a faculty member and an administrator represent the ideal skill set for this position,” said Robert Hamilton, Pharm.D., MPH, Dean of the ACPHS School of Pharmacy and Pharmaceutical Sciences. “The future of our Colchester campus has never looked brighter, and Jennifer will be an important contributor to the campus’ continued growth and development.”

“Both as a student and then later as a faculty member and administrator, I have thrived in environments with smaller class sizes and a strong student focus,” said Dr. Mathews. “The ACPHS Vermont Campus embodies these qualities which is the reason this opportunity resonated so strongly with me and why I am so excited to join this community.”

Dr. Mathews previously served as an Associate Dean at Stony Brook University School of Pharmacy and Pharmaceutical Sciences and before that was an Associate Professor (with tenure) in the Department of Pharmaceutical Sciences in the Wegmans School of Pharmacy at St. John Fisher College. She earned Teacher of the Year honors four times at St. John Fisher College in addition to being named Advisor of the Year three times at the school.

Dr. Mathews received her M.S. and Ph.D. in pharmacology from the University of Rochester School of Medicine.

About Albany College of Pharmacy and Health Sciences Vermont Campus
Founded in 1881, Albany College of Pharmacy and Health Sciences is a private, independent institution with a long tradition of academic and research excellence. In a study conducted by the Brookings Institution, ACPHS was named the #1 value-added college or university in the country. The College opened its Colchester campus in 2009, and it remains the only pharmacy program in the state of Vermont.