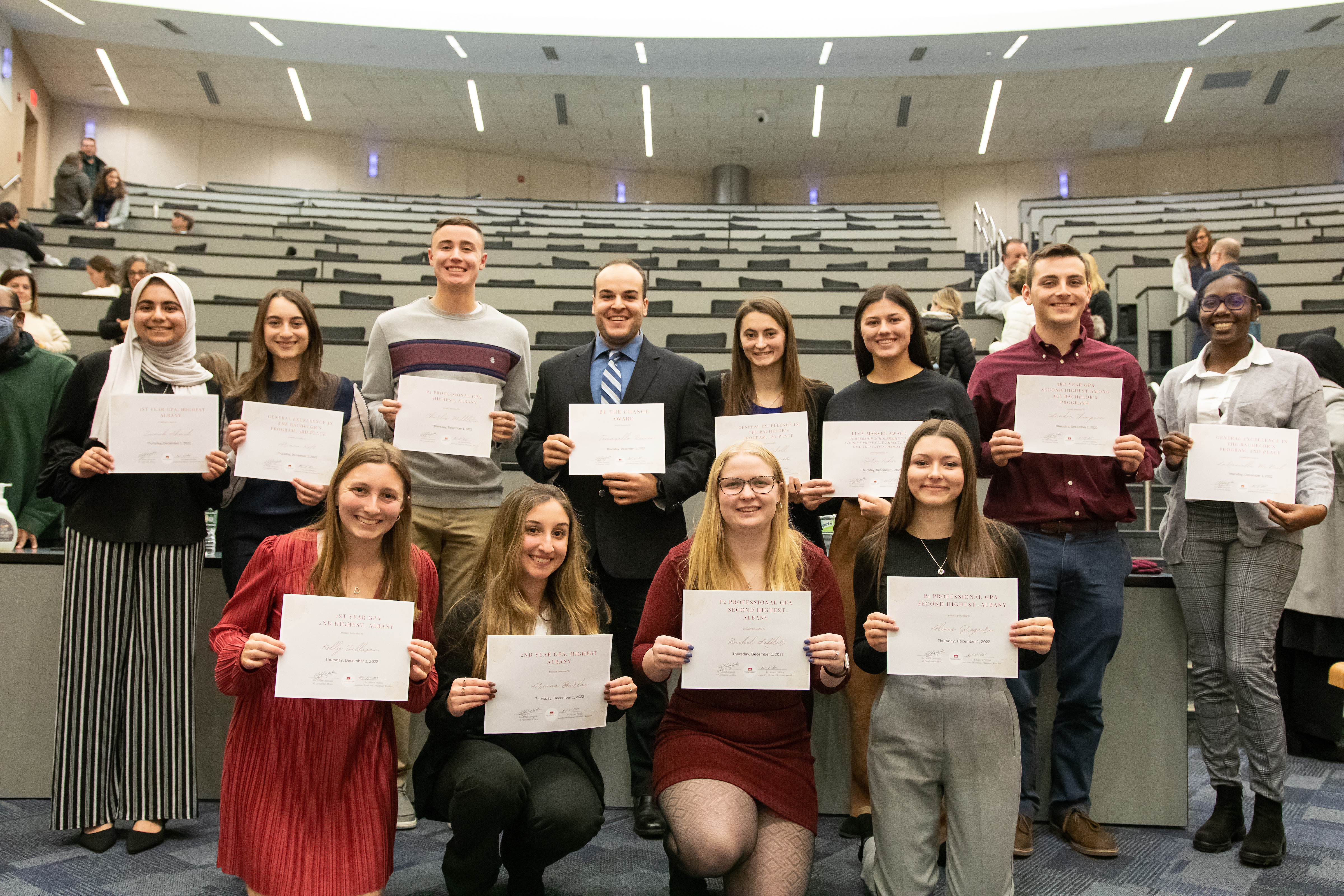 Students are nominated for these awards by faculty, staff, administrators or preceptors. A committee comprising three faculty members and three staff members review and choose the recipients based on the nominations received.

Dr. Lawrence H. MacDonald - Given by the American Chemical Society to a student with the highest standing in Freshman Chemistry:

Lucy M. Manvel Award - Given by the Northeastern New York Society of Hospital Pharmacists to students who are employed by a hospital pharmacy in the Northeast and have demonstrated commitment to the profession:

General Excellence in the bachelor’s program:

Be the Change Award - Given by the Class of 2011 to a student(s) in the professional pharmacy program on the Albany Campus who demonstrates professionalism, leadership, service, encourages others to be better, and exudes an aura of friendliness.

Legends Never Die: Given by the ACPHS Class of 2013 to recognize a Vermont student who displays leadershi and enthusiasm, as well as promotes pharmacy through advocacy.

About Albany College of Pharmacy and Health Sciences

Founded in 1881, Albany College of Pharmacy and Health Sciences (ACPHS) is a private, independent college with a long tradition of academic and research excellence. In addition to Pharmacy, ACPHS offers the only Masters of Biomanufacturing and Bioprocessing degree in the state. Other programs include biomedical technology, clinical laboratory sciences, microbiology, pharmaceutical sciences, pre-med, and public health. The College’s mission is to educate the next generation of leaders to improve the health of society. ACPHS ranks #1 in New York and #2 in the U.S. for best return on investment according to the Georgetown University's Center on Education and the Workforce. For more information, visit www.acphs.edu.