After receiving Bachelor of Pharmacy from Karnatak University, India, Dr. Shah studied Master of Science in Applied Bio-molecular Technology at the University of Nottingham in England.  During this time, he joined the pharmaceutical giant AstraZeneca in Alderley park for a summer research internship that sparked his interest in protein biochemistry and drug discovery. Dr. Shah went on to continue Ph.D. studies in structural biology at the School of Pharmacy, University of Nottingham. His research included investigation into the effect of novel quinol molecules towards the thioredoxin system of the mycobacterium tuberculosis working with Drs. Charles Laughton, Andrew Westwell and Tracey Bradshaw in the Cancer Research UK group headed by Dr. Malcolm FG Stevens (known for the development of the block buster drug Temozolomide to treat brain tumors).

After completing his PhD, Dr. Shah pursued a postdoc at the Hauptman-Woodward Institute (Dept. of Structural Biology, University at Buffalo) in Buffalo, NY, with Dr. Andrew Gulick, where his research was focused on the structural studies of the non-ribosomal peptide synthetases using X-ray crystallography.  There, he garnered skills in protein crystallization and X-ray crystallography. He continued with another postdoc at the University of California in San Diego, with Dr. James R. Halpert studying structure-function relationship of the drug metabolizing cytochrome P450 (CYP) enzymes of the 2B subfamily. He solved crystal structures of several CYP2B enzymes from different species, in complex with ligands including drugs. He continued his studies on structure-function relationship of CYP enzymes at the University of Connecticut in Storrs before establishing an independent research program as a tenure-track faculty at the Albany College of Pharmacy and Health Sciences in Albany, NY.

Dr. Shah’s work on CYP2B enzymes was featured several times on the cover of the journal Molecular Pharmacology.

Current research in Dr. Shah’s laboratory includes investigation into the effect of genetic polymorphisms on drug binding to human drug metabolizing CYP2C9 enzyme using structural, functional, biophysical, and computational methods. More recently, the crystal structure of the genetic variant of CYP2C9 (CYP2C9*2) solved in complex with losartan in Dr. Shah’s lab at ACPHS was published in the journal Molecular Pharmacology.  The figure was selected as cover illustration of the journal issue of November 2020. 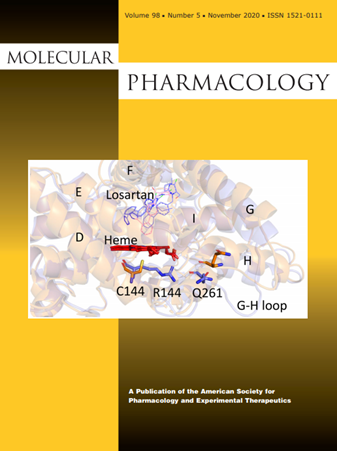 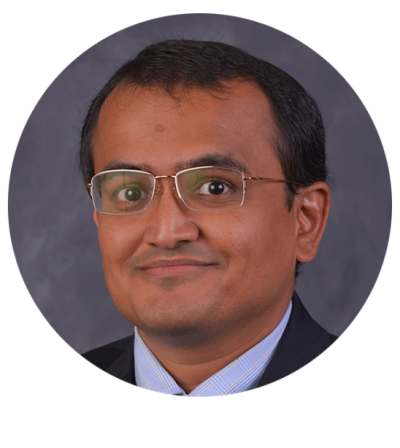