The Scourge of Addiction

Home Blog The Scourge of Addiction

“It is time to liberate our communities from the scourge of drug addiction.”

Those were the words spoken by President Trump on October 25 when he formally declared the nation’s opioid crisis a public health emergency. One week after that announcement the White House Commission on Combating Drug Addiction and the Opioid Crisis, a group headed by New Jersey Governor Chris Christie, issued a draft report with 56 recommendations for helping address the opioid epidemic. 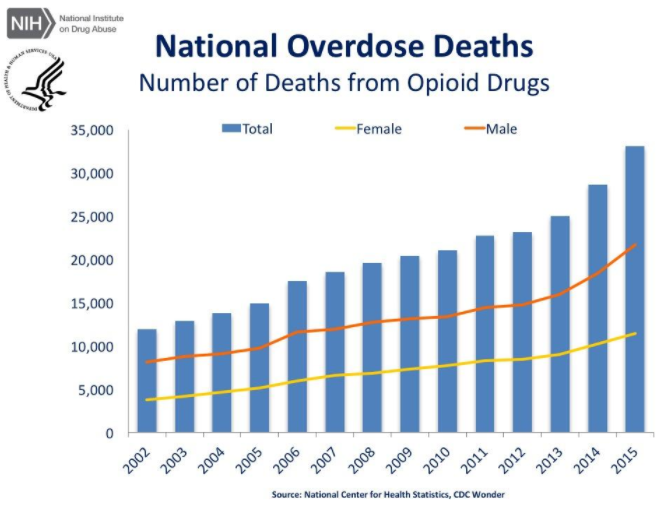 The Report includes several recommendations that have been voiced often by others including more rigorous training programs for health care providers and expanding insurance coverage for addiction treatment programs. While the implementation of these actions would undoubtedly have a positive effect on stemming the tide of addiction, there is one recommendation appearing on page 57 of the Commission's 138 page report that has the potential to make an outsized impact on the crisis.

That’s where David Stack, ACPHS Class of ’76 and member of the College’s Board of Trustees, comes in. Mr. Stack is the CEO of a company called Pacira Pharmaceuticals, the manufacturer of the non-opioid drug EXPAREL.

Prior to the release of its report, the Commission invited Mr. Stack to testify about how the prescription and use of opioids for the treatment of postsurgical pain has become a key contributor to the epidemic. As part of his testimony, he also discussed a loophole in the CMS Medicare reimbursement policy that is unintendedly helping fuel this scourge of addiction.

Under the terms of the current CMS policy, any item used during surgery is categorized as a “surgical supply” and bundled together in a single, fixed payment. For the purposes of reimbursement, there is no differentiation between a medication used during surgery and surgical gloves.

And therein lies the problem.

In the words of Mr. Stack, “the operating room is the gateway to opioid addiction.” Nine in ten patients are prescribed opioids to manage postsurgical pain, with each person given a prescription receiving an average of 85 pills.

According to new research from the QuintilesIMS Institute, nearly three million individuals who had surgery in 2016 continued to take opioids three to six months after their procedures. As a result of overprescribing, 3.3 billion pills were left unused by patients, making them available for potential diversion or misuse.

When a patient undergoes surgery today, they are typically administered Bupivacaine, a local anesthetic that helps numb the area in and around the incision. Unfortunately, the drug wears off in 6-8 hours thereby precipitating the need, in most cases, to begin patients on a course of opioid therapy.

EXPAREL is injected into the surgery wall during the procedure and releases Bupivicaine slowly for 3-4 days. A study showed that patients receiving EXPAREL experienced a 78% reduction in opioid consumption compared to those who did not receive the drug. These patients also had a statistically significant improvement in their pain control.

Unfortunately, since drugs like EXPAREL are administered during surgery, they are not separately reimbursable by insurance, a fact which discourages hospitals and ambulatory surgery centers from using them. But that may soon be changing.

The Commission’s report calls for expanding the current reimbursement policy to include a “broader range of pain management and treatment services,” while alluding, in part, to Mr. Stack’s testimony:

In the third Commission meeting, the Commission heard from several innovative pain management and pharmaceutical companies about the need for proper reimbursement of non-opioid pain medications to increase uptake among healthcare providers and limit the use of opioids … Inadequate reimbursement significantly hampers providers’ ability to utilize non-opioid treatment for postsurgical pain. A broader range of pain management and treatment services – including alternatives to opioids, physical therapy, computerized pain management educational programming, PDMP checking, evidence-based behavioral health treatment, tapering off opioids, and drug testing to confirm adherence – should be adequately reimbursed by payers, including CMS.

It remains to be seen if/when/how this recommendation and others from the Report will be implemented, but with the number of drug related deaths expected to exceed 60,000 when final numbers from 2016 are reported, it’s clear that time is of the essence.