The issue of prescription drug abuse has grown in the past 10-15 years from a “dirty little secret” to a nationwide epidemic.

The Centers for Disease Control and Prevention reports that one person dies every 19 minutes from an accidental overdose or suicide resulting from prescription drug abuse.

It’s a bleak situation, but it’s encouraging to see grass roots efforts working in concert with state and federal programs to tackle this problem. 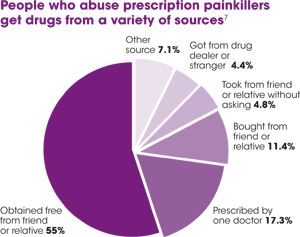 Most people tend to think of drug use as something that happens on street corners or in dark alleyways. But the epicenter of prescription drug abuse is our own medicine cabinets, and it cuts through all classes of society.

As a longtime pharmacist at Marra’s Pharmacy in Cohoes, NY, I have seen first-hand how often prescription medications go unused by patients. These are the same medications that are being diverted by young persons or aides for whom they were not intended. What begins as experimentation can quickly escalate to abuse and, potentially, addiction.

For the past three years, Marra’s has teamed with the National Community Pharmacists Association to collect unused or expired drugs from our patients and members of the community. In addition to helping prevent these medications from falling into the wrong hands, this important effort is helping drive awareness of the fact that keeping unneeded prescription medications in the home can lead to a series of unintended (and dangerous) consequences.

As a Member of the New York State Assembly, I am proud of the role that our state has played in addressing this issue. New York instituted the Internet System for Tracking Over-Prescribing (I-STOP) program in 2012, and it has improved our ability to track controlled substance prescribingand prevent the practice of “doctor shopping.”

The good news is that the success of programs such as I-STOP, medication takebacks, and the development of more tamper resistant drugs has made it more difficult to abuse prescription medications.

Unfortunately, this has led abusers and addicts to seek out substitutes, which has sparked a resurgence in the use of “street drugs” such as heroin.

If we are to successfully combat this problem, it is critical that we expand access to support programs, particularly those out-patient programs that will continue monitoring patients after they’ve been discharged to help ensure long term compliance.

The New York State Legislature is trying to do its part as well. We recently passed a bill – currently awaiting the governor’s signature – that will expand access to the drug naloxone, which within minutes can reverse the potentially fatal effects of an overdose. Soon individuals likely to discover an overdose victim (e.g., a family member of an addict) will be able to legally obtain this drug which may result in saving the life of a friend or loved one.

Sadly, the spread of heroin has risen to the point where we are now considering whether schools should have the ability to dispense naloxone so that they are better equipped to treat a student overdose.

Whether it’s prescription drugs or heroin, the fact of the matter is that drug addiction is alive and well. I see it as a practicing pharmacist, I witnessed it as a former mayor of my hometown, and I see it as a legislator. Securing medications at home and disposing of them in a timely manner, combined with better treatment options for addicts, will go a long way towards stemming this epidemic, and ensuring the future health of our families, neighborhoods, and communities.