THE KEYS TO EFFECTIVE LEADERSHIP

Earlier this year I was invited to meet with a group of first year students and share my views on leadership. The literature that exists on this subject is enormous, and I admit to having read only a small fraction of it.

One area of debate is whether people are born leaders or develop into leaders. There are many who argue that one must be born with a leadership “gene.” I believe that leadership can be learned. 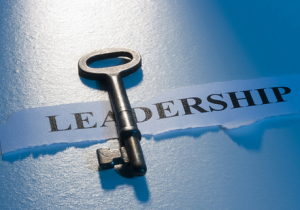 If you look at people in leadership roles, you realize that there is a diversity of personality types, and it is not easy to classify a leadership personality. One common myth is that leaders must be charismatic. Research shows that many charismatic leaders end up benefiting themselves more than their causes.

Individuals who consider themselves introverts are equally capable leaders. Microsoft founder Bill Gates is an excellent example. He is, by most accounts, an introvert. But that has not stopped him from becoming an incredibly successful businessperson and philanthropist.

He once said, “I think introverts can do quite well. If you’re clever, you can learn to get the benefits of being an introvert, which might be, say, being willing to go off for a few days and think about a tough problem, read everything you can, push yourself very hard to think out on the edge of that area.”

So if being an extrovert is not a requirement for leadership, what are the characteristics that an effective leader must possess? I told the students it was not so much a character trait, but the ability to move between three frameworks:

I would add one more characteristic that is essential to effective leadership and that is authenticity. As a leader, one’s intent must be genuine and driven by what’s in the best interests of the organization – not personal ambition. Being true to oneself is the foundation for effective leadership.