The American tradition of research has been a single investigator from a single discipline working on a single problem within the confines of his or her laboratory. It’s a model that has served us well over the years. Many scientific and medical breakthroughs have resulted from this approach.

The single investigator model has the added benefit of being a great way to mentor students and motivate them for careers in science. There is abundant evidence showing that undergraduate research experiences often lead to students going on to pursue PhDs.

Unfortunately, the single investigator model is facing some real challenges.

First of all, it is expensive. Equipping individual labs and funding specific projects has no economy of scale. In the past, robust federal funding has supported the single principal investigator paradigm, but that support is drying up.

Between 2005-2014, the overall budget for the National Institutes of Health (80% of which funds research) decreased by nearly 20% after adjusting for inflation. On average, a principal investigator receives their first R01 award from NIH at the age of 42, well into their academic careers. The simple truth is that the traditional single investigator model is difficult to sustain in the current funding environment. 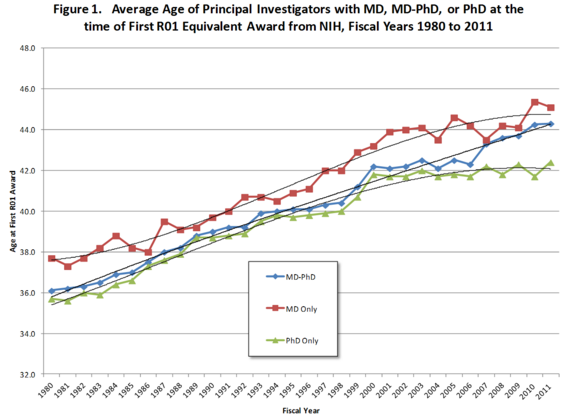 The second challenge centers on the types of problems we are facing. Increasingly, we are focusing on complex, multidimensional problems that require project teams made up of individuals from a range of disciplines. This realization is leading colleges, research institutes, and corporations to increasingly seek out collaborative partnerships to attack the full complexity of research problems using expertise from many fields.

It was against this backdrop that I met last year with Jill Taylor who is the Director of the Wadsworth Center, New York State’s Public Health Reference Laboratory. In addition to having a range of expertise across multiple disciplines, Wadsworth has the benefit of convenience, being located just steps from our Albany Campus.

The focus of our initial meeting was how best to facilitate interactions and collaborations between ACPHS research faculty and Wadsworth investigators.

Institutions seeking to foster such collaborations will often hold a joint research symposium in which individuals from each campus deliver formal presentations on their research. These symposiums, though well intended, typically take all day and don’t always result in any meaningful follow-up interactions.

We decided to try something different. We held an evening reception that employed a format similar to speed dating. Instead of lengthy presentations packed with PowerPoint slides, each person gave a brief overview of their research focus. Everyone was standing in an open space and could easily mingle. It was a much more relaxed setting than a symposium, and I believe helped create an atmosphere more conducive to interactions and discussion.

The introductions were a prelude for the announcement of a $375,000 research grant funded jointly by both institutions. But there was catch. The grant application stipulated that researchers from both institutions and multiple disciplines had to be involved.

“Increasingly, we are focusing on complex, multidimensional problems that require project teams made up of individuals from a range of disciplines.”

Several groups consisting of investigators from both Wadsworth and ACPHS submitted proposals. Following a competitive review, we recently announced that the grant was awarded to the team of Professor Amit Pai (Pharmacy Practice), Associate Professor Meenakshi Malik (Basic and Social Sciences), and two Wadsworth investigators, Kathleen McDonough (Bacterial Pathogenesis) and Janice Pata (Computational and Structural Biology). The team will be working on new approaches to combating antibiotic resistance in MRSA bacteria, a persistent and increasingly dangerous public health threat.

The single investigator model still has, and will continue to have, an important role in academia. But we also have to be more proactive in seeking out collaborations with peer institutions and corporations. By working together, we can leverage expertise and resources to take on multidimensional problems that would be too large in scope for a single investigator.

The ideal research program at ACPHS will possess a mix of both models, ensuring we are able to provide our students with excellent research experiences while at the same time expanding our ability to tackle the full complexity of the health sciences.